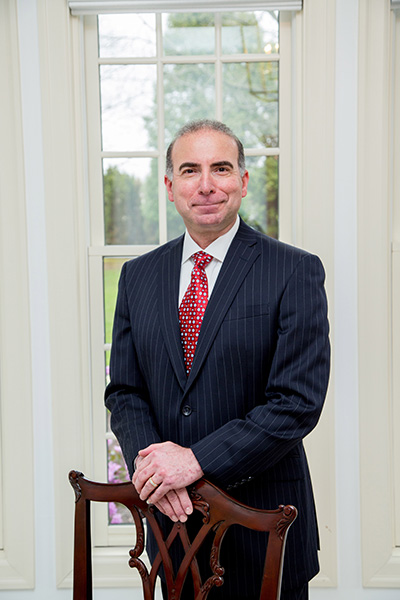 Interim Preident
Office of the President

Dr. Hanna has served as president of Bloomsburg University of Pennsylvania since July of 2017, and as interim president pf Lock Haven University since February 5, 2021. At Bloomsburg, Dr. Hanna’s focus on student success has led to improving student retention by 5 percent in just two years. He helped to double Bloomsburg Foundation’s endowment growth to $60 million, and established the President’s Commission on Diversity, Equity, and Inclusion. Dr. Hanna serves as the lead for the Northeast Integration process currently underway that aims to integrate Lock Haven, Mansfield, and Bloomsburg universities.

Prior to his roles at Mansfield, Lock Haven and Bloomsburg, Hanna was a professor of biology and formerly vice president for academic affairs and dean of the faculty at Delaware Valley University in Doylestown.

Dr. Hanna served as the dean of the College of Liberal Arts and Sciences and interim provost at Kutztown University of Pennsylvania from 2005 to 2009. At Kutztown, he helped increase enrollment 11 percent, while also improving the academic profile of incoming classes. Hanna also conceived and assembled the school’s inaugural Board of Visitors, raised funds to create 22 new scholarships, increased tenured-track/tenured faculty from 64 to 77 percent and launched new programs including a minor in German and Bachelor of Arts in religious studies.

Hanna was also the chief academic officer and dean of academic affairs for DeVry University – Pennsylvania leading the launch of operations in five sites in Pennsylvania. He led the efforts to secure permanent authorization to operate in the Commonwealth, as well as gaining accreditation for the university’s engineering technology program.

Before DeVry, he served his alma mater, Temple University, in various capacities.  He was the associate dean of the College of Science and Technology. As associate dean, Dr. Hanna co-chaired the College’s strategic planning committee, helped increased undergraduate enrollment by 35 percent and graduate enrollment by 70 percent. He led the effort to secure a multi-million dollar, multi-institution, National Science Foundation grant – the Philadelphia Alliance for Minority Participation (AMP).

In his career, he has garnered more than $8 million in external funding for projects, programs and scholarships.

As an active member of his community, Hanna has earned the Caring Community Award from the Bucks County Intermediate Unit and the Outstanding Service Award from the Boy Scouts of America – Minsi Trails.

Dr. Hanna is a passionate educator, and in addition to his administrative assignments, he continues to teach graduate and undergraduate courses in biology, cell biology, neurobiology, gerontology, biotechnology, mathematics and bioethics.

He and his wife Deanna are the parents of two children, Christian and Lauren.